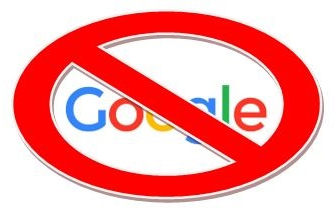 Project Veritas recently unloaded a bombshell on Google after an executive admitted, on video, that Google manipulates searches through algorithms in the name of “fairness”. Fairness according to who? Google? Google’s head of “Responsible Innovation”, Jen Genai, was caught on video by Project Veritas stating Google is “training our algorithms…” and “…now all these smaller companies who don’t have the same resources that we do will be charged with preventing the next Trump situation.” Does that sound like fairness?

As more and more judicial circuits implement algorithmic risk assessments, judges, prosecutors, defense attorneys, and public defenders should be sprinting away from them. It is an extreme danger to citizen rights when algorithms that can be manipulated into decisions to remove a person’s liberty or to release dangerous criminals into society are used in criminal justice. What’s next? Replace jurors with computers? The blindfold of Lady Justice just slipped off one eye.  Google proves a simple change to an algorithm based on a developer’s definition of “fairness” can tilt the scales one way or another. This is why over 100 civil rights groups oppose the use of algorithms and risk assessments in the judicial system.

Google has been manipulating industries for years. If Google deems the business to be “legitimate” in their eyes, search results will favor it. Google also decides which industries are good for society and which are bad, even if they are legal, rather than letting the consumer make the decision. Own a legal business like a pawn shop, cash advance, or bail agency you cannot advertise on Google. Own a home improvement, credit card company that charges 18% interest, an apartment building, cell phone company, or company offering health products; you meet Googles standards and you can advertise. What do the industries listed above that Google allows to advertise have in common? They are all on the top 10 list of consumer complaints according to Consumer Federation of America.

Google’s Mission statement: “From the beginning, our mission has been to organize the world’s information and make it universally accessible and useful.” Universally accessible only if Google approves of your legal business or content. Want to know how to manufacture methamphetamine, heroin, build a bomb, best way to stab a person? Google will provide results. Want to advertise a legal business? That depends on Google’s opinion of “fairness”.

Google has the right to decide which businesses they allow to advertise and which they do not. They are a private business.

However, let’s not forget the righteous, almighty, Google has been mired in scandals. In 2018, there was a massive global employee walkout due to a culture of sexual harassment. In 2017, Google was found to be “collecting 100% of the revenue from selling ads against content that someone else bore 100% of the cost of producing.”  In 2016, Google decided they did not want to pay their fair share of taxes. They used tax avoidance loopholes to move revenue into lower tax states and countries. Now, proof is provided that Google and their algorithms are biased.

Have you ever shopped for something on Google to later find that every other search now has annoying ads constantly popping up related to your shopping search? We all know Google steals every bit of your search data through a “no ability to opt out agreement”, in the interest of providing the user with more “useful” information. Maybe the hypocrites at Google should look internally before they criticize legal businesses. Maybe they should examine their use of algorithms to alter user searches to what Google wants the user to see. I’m sure they do this in the interest of “fairness”.

So, what can be done about the Google behemoth? For now, there are other alternatives like Bing, Yahoo and many others. They do not currently discriminate against legal businesses who want to advertise like Google does. Try using the alternatives. As market share and stock prices erode, maybe Google will get the message.

As to algorithmic use in criminal justice, make sure your legislators, judges, prosecutors, and defense attorneys understand how easily risk assessments can be manipulated and how biased they are.