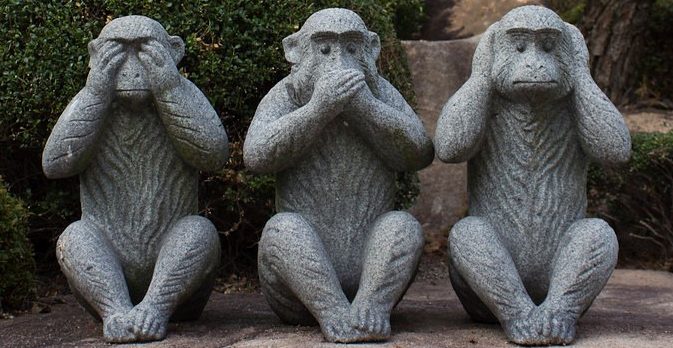 Florida Does Not Need Bail Reform

The Orlando Sentinel recently printed a guest columnist opinion titled “State attorneys must prioritize bail reform” When I responded to the publisher with the actual facts, the publisher would not print my response though he stated in his email response; “You make many valid points” and “The study you cite in point 6 was interesting to me and seemed to get across a lot of your thesis.”

First, my response, below, is not thesis. It is supported with facts; not theories. Typical of newspapers today. They prefer their opinions over facts when the facts do not support their view on a topic. Judge for yourself:

Florida does NOT have a problem with cash bail

I read Mr Shepherd’s guest opinion column, “State attorneys must prioritize bail reform” regarding the U.S bail system. Mr. Shepherd is wrong regarding bail in Florida for the following reasons:

The purpose of bail is to ensure appearance. While not perfect, bail has worked extremely well for over 200 years to ensure appearance since it was enshrined within in the 8th Amendment. The Florida Constitution guarantees pretrial release on reasonable conditions and favors non-monetary pretrial release options before monetary bail. Florida judges already release thousands of defendants, every year, on their own recognizance with no conditions, when deemed appropriate by an experienced judge. Florida Rules of Criminal Procedure specifies detainees see a judge within 24 hours of arrest. When an experienced judge determines bail is necessary, the judge orders it.

Mr. Shepherd exaggerates the pretrial rate. While the January 2019 pretrial rate was 65.7%, about 3,500, less than 7% of the jail population are misdemeanor “low-level” offenders. Several studies have shown 20 to 30% of the pretrial population are in jail without any bond and cannot be released for a variety of reasons such as out-of-county warrant, probation violation, and other types of holds. According to prisonpolicy.org, another one-third are in jail for terribly egregious crimes with either no bond or extremely high bond amounts because the person is a danger to society. About 50% of the pretrial population cannot or should not be released. http://www.dc.state.fl.us/pub/jails/index.html  https://www.prisonpolicy.org/graphs/FL_Prison_Jail_Rate_1978-2015.html

Twenty-Six counties in Florida utilize taxpayer funded government employees in an attempt to “reform” bail. Orange County taxpayers spent over $2 million for those government services in 2017 (the most recent report). They released 1709 defendants at a cost of $1,235 per defendant. Florida counties spent over $93 million the past three years on government release programs. I am NOT advocating for the elimination of these programs. They do provide some benefit to secure release of non-violent offenders, though many could have been released on their own recognizance or through a bond without any cost to the taxpayer. Like most well-intended government programs, these programs have grown exponentially in cost. http://www.oppaga.state.fl.us/MonitorDocs/Reports/pdf/1806rpt.pdf

Of the Twenty-six counties that utilize taxpayer funded government employees, most of those counties, including Orange, have considerably higher than average pretrial rates. In the January report, Orange County’s pretrial population rate was 79.4%, 21% higher than the state average. If reform is the answer, why is Orange County 21% higher?

A recent study by a University of Tampa professor found bail is cost effective and low-level offenders are not “languishing” in jail. A little math and logic confirm defendants are not languishing in jail. There are over 700,000 arrests each year in Florida. With almost 2000 misdemeanors booked into jail each day and a pretrial population of 3500, it is clear to see that “low-level” offenders are being booked, processed and released typically within 48 hours as the study shows. The Florida jail population, while not perfect, is down greatly from where it was 12 years ago. https://floridapolitics.com/archives/291696-university-tampa-pre-trial-release291696  https://www.prisonpolicy.org/graphs/FL_Prison_Jail_Rate_1978-2015.html

Unfortunately, bail is necessary because people commit crimes and people do not always go to court. If bail in Florida is eliminated as Mr. Shepherd suggests, Florida would experience failure to appear for court rates close to 50% as Houston Texas found since they decided to irresponsibly release “low-level” offenders with no accountability. Fifty percent of victims would either have their rights delayed or negated. Is that reform? http://texasbailnews.com/Library/EdWells2.pdf