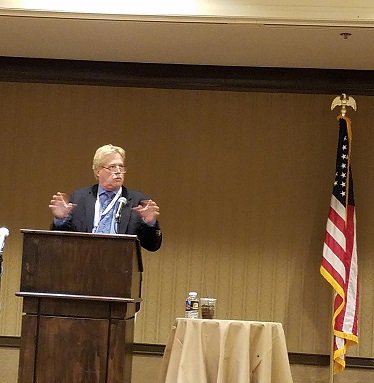 New Study Proves Florida Defendants Are NOT Languishing in Jails

Despite all the rhetoric of so-called bail “reformists”, a new study by Dr. David Krahl, University of Tampa proves Florida, like other states, does not have a “languishing” jail population as suggested by some misinformed legislators and bail “reform” advocates. The data encompassed twenty-nine counties and was derived from the analysis of over 9,300 cases across the state of Florida during a one-year time period from October 1, 2017 through September 30, 2018.

Just under two percent of detainees were in detention because they could not meet the financial requirements associated with a obtaining a surety bond.

The data showed almost sixty percent of those booked into Florida jails are released within three days and more than two-thirds are released within seven days.  The study also showed there are many in jail for legitimate reasons. “Certainly, there are people in jail who are actually supposed to be there for a lawful purpose and legitimate reason: there are offenders serving sentences; there are those persons that are on “hold” for a probation, parole, pretrial violation or transfer to another county or another state; there are those persons that are being held in protective custody; there are individuals who are being deported and awaiting transfer to Immigration and Customs Enforcement; there are those persons who are in detention because they are awaiting trial on federal charges; and there are those convicted offenders who are awaiting transfer to state correctional facilities from their original jurisdiction of conviction.  Finally, there are those persons in pretrial detention who are there because the judge has determined that the nature and the gravity of the alleged offense(s) are of sufficient severity so as to preclude any type of pretrial release, whether secured or unsecured. Fundamentally, people end up in jail for a myriad of reasons other than just pretrial detention. Associated with these different reasons for being in jail are differential lengths of time associated with the confinement.” I am sure we all agree some who are arrested for heinous crimes such as; murder, rape, domestic battery, human trafficking, child-related crimes should be held to ensure public safety.

This study was originally undertaken to determine if there was any truth to the contention that defendants were languishing away in Florida jails because they could not afford the cost of a surety bond. In addition, this research attempted to determine whether there were any statistically significant predictors associated with the number of days in detention, and if so, whether these predictors were legal- or extra-legal criteria.

Of these 9,300 detainees, just over forty percent of the sample had been released on some type of surety bonding mechanism in conjunction with their secured pretrial release. Another fifteen percent (14.5%) were released on some type of unsecured pretrial release mechanism. Another seventeen percent (16.8%) were on some type of “hold” status while just under twenty-five percent (23.3%) were in jail because they were serving a sentence following the adjudication of their case. Just under two percent of detainees were in detention because they could not meet the financial requirements associated with a obtaining a surety bond.

It can certainly be argued that it is unfair to the two percent who could not afford to pay the bail. Florida already has a very progressive pretrial release process. While other states under bail “reform” now require a hearing within 48 hours of arrest, Florida has been at 24 hours for years. Florida also allows for additional bail hearings for a judge to reconsider bail.

Ironically, of the six different counties that had a disproportionate share of defendants with prolonged stays in detention on a pretrial basis, five of the six counties operate taxpayer funded unsecured pretrial release programs. The purpose of these programs is to ensure those who are truly indigent have a means of release. Moreover, 108 of the 153 detainees (68.6 percent) who were determined to be in prolonged detention status were from those counties in the sample with operational unsecured pretrial release programs.

So, the question becomes why are there defendants in jail in counties operating taxpayer funded programs? It might be a heinous crime with an extremely high bond that employees of those programs agree the defendant should not be released. The person may be from another state and will likely flee the jurisdiction if released. Other reasons might include; Loved ones can afford the bond; however, they have chosen not to pay it. There are cases where a loved one did not want to pay a bond because of serious addiction or the loved one tired of the defendant committing crime after crime essentially attempting “tough love” when treatment has failed. It is unknown why the two percent are in jail as the report did not provide those details. However, there are likely legitimate reasons for most.

Overall, the results that were obtained as a result of this research are certainly not ground-breaking. In fact, these results are ‘remarkably unremarkable’ to the extent that they have confirmed that which we already knew, especially when it comes to the issue of the ‘prolonged languishing in detention’ hypothesis allegedly being experienced by large numbers of defendants. The data from this research simply do not support that contention.

The remarkably unremarkable statement can also apply to our nation’s two most populated cities; Los Angeles and New York City.

A study performed by Eric Siddall former vice president of the Association of Deputy District Attorneys, of the LA county jail in 2017 found the number of bail-eligible individuals held in custody is closer to 26 percent. When we dig into the numbers a little deeper and examine who is actually in custody, a clearer explanation of why those 26 percent remain in custody emerges. Ninety-one percent of this subset are in custody on a felony. Sixty-two percent are in custody for violence against a person, weapons related charges, or sex offenses. Who is not in custody? Drug offenders. They make up a meager .7 percent of the pretrial in-custody population. Minor property crime offenders make up 1.7 percent. Most significantly, misdemeanor offenders represent less than 1 percent of this population.

An article by Seth Barron “Bailing on Bail Reform” found similar results to LA and Florida. “This is a favorite theme of the reformers, but most Rikers inmates are accused of serious crimes. Around 11.4 percent of the population is there for murder, attempted murder, or manslaughter; 20 percent are in for robbery or burglary; and another 25 percent face charges involving weapons, felony assault, sale of drugs, or rape or other sexual offenses. New York’s jails are not crowded with people whose only crime was jumping a subway turnstile or smoking weed; the average number of people held in Rikers on a given day for fare-beating is two, and for pot possession, one. And “the majority” of Rikers inmates are behind bars because they’re serving out a sentence, are ineligible for bail because of outstanding warrants, or are awaiting trial for a serious crime—not because they can’t afford bail.

One last point the Krahl study made is the cost to Florida taxpayers. Data from the state of Florida Office of Program Policy Analysis and Government Accountability indicated that the operating budgets of twenty-nine unsecured pretrial release programs across the state of Florida over a three-year period (2015, 2016, and 2017) exceed 95 million dollars. This corresponds roughly to 31.7 million dollars per year, or $87,000 per day. The costs of operating these unsecured pretrial release programs are paid for, in one way or another, by Florida taxpayers.