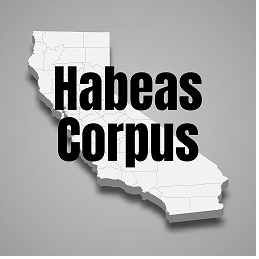 The California State Supreme Court recently ruled that bail is constitutional. However, they stated bail cannot be excessive. Here is an excerpt from the ruling: “If the court concludes that money bail is reasonably necessary, then the court must consider the individual arrestee’s ability to pay, along with the seriousness of the charged offense and the arrestee’s criminal record, and — unless there is a valid basis for detention — set bail at a level the arrestee can reasonably afford.”

This ruling completely conforms with exactly what the 8th Amendment to the US Constitution has stated for almost 250 years; “Bail shall not be excessive”.

Before fully understanding the ruling, it is helpful to understand the alleged crime:

At the initial bail hearing, bail was set at $600,000 due to the prior convictions, seriousness of the crime against the victim, and the recommendation from the pretrial service agency. At a subsequent bail hearing, the judge agreed to lower bail to $350,000 which was still considerably outside the reach of Mr. Humphrey.

The ruling stated: “When making any bail determination, a superior court must undertake an individualized consideration of the relevant factors. These factors include the protection of the public as well as the victim, the seriousness of the charged offense, the arrestee’s previous criminal record and history of compliance with court orders, and the likelihood that the arrestee will appear at future court proceedings.”

The ruling found bail is constitutional if it is not excessive. It is identical to the 8th Amendment. If a court concludes that money bail is necessary, the court must consider the individual arrestee’s ability to pay. In addition, the court must consider the seriousness of the charge and the arrestee’s criminal record. If all those conditions are met, the court can set bail at an amount the defendant can reasonably afford.

Use of Risk Assessment

The Humphrey case was within San Francisco’s district. San Francisco has had a Pretrial agency for more than 40 years. Their purpose is to assist the court with information and recommending conditions of release or holding a person that is “too risky”. They use a “risk assessment tool” that asks various questions to “predict” the likelihood that a defendant will succeed or fail their pretrial release. Each answer provided receives a numerical score. The sum of all scores is used to create an overall risk score. The score places defendants into categories of low, medium, and high risk. In the Humphrey case, the pretrial agency agreed with the extremely high bail amount. Since the crime was serious, it is likely the risk assessment determined Humphrey was a very high risk.

The California Supreme Court clearly made the correct ruling as it completely aligns with the 8th Amendment.