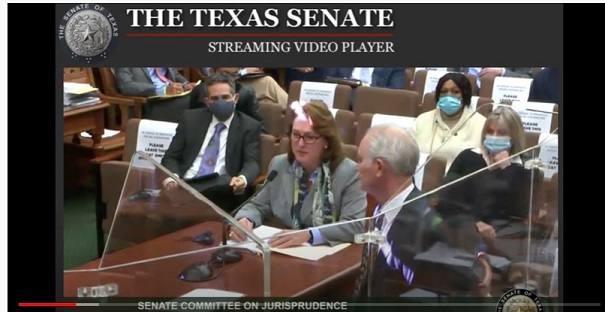 Houston We Have a Bail Problem

District Attorney of Harris County, Kim Ogg, recently testified to the Texas Senate Committee that crimes while on bond have tripled from around 6,000 per year in 2015 to 18,000 in 2020. She stated victims and citizens are angered at the number of violent offenders on PR bonds (personal recognizance bonds).

What is a PR Bond?

First, let’s examine what “while on bond” means. It is not while on a surety bond that guarantees appearance for all court dates. DA Ogg was referring to Personal Recognizance (PR). A PR bond is nothing but a promise to appear. There is no accountability. No guarantee. No penalty for the defendant failing to appear or committing more crime. That is the reason crime has increased in Houston. Defendants know there is no accountability. They know they will not spend more than 24 hours in jail. There is nothing to stop them from committing additional crimes.

DA Ogg testified one defendant has had 18 consecutive arrests while out on PR bonds for prior crimes. No consequence equals open season to hurt more victims.

Kim Ogg ran on bail reform and won her election in 2016. Over the past three years she has been implementing her terrible policies that has resulted in many more victims, increased Houston crime (especially violent crime), increased warrants, and increased jail population.

DA Ogg’s entire platform was implement my reforms to reduce crime, reduce jail population, and improve victim and defendant outcomes. Her reforms have been an ultimate failure. And she admitted it to the Judiciary Committee. Here are some of her comments:

She also stated, “As our facts changed, our position has changed” Well we certainly hope so for the law-abiding citizens of Harris County and victims of the egregious crimes committed.

When DA Ogg released her reforms, many in law enforcement, victim rights groups, the bail industry, and anyone who uses just a little bit of logic predicted bail reform would cause these issues. After all, it is nothing new. Other states and communities have tried similar reforms only to quickly reverse their legislation or rules because they were an utter failure. Alaska, Delaware, Kentucky, Iowa, New York, and just recently Utah all had bail reform legislation or policies in place that were reversed because crime and violent crime increased causing many more victims.

Crime Stoppers also testified using data from Harris County to explain how bail reform is not working because it is creating more victims. They noted how felony defendants out on multiple bonds murdered 100 people in 2020.

While bail reform sounds like a noble cause, it has not and does not work. Like a parent that does not discipline a child for continuing to take cookies from the cookie jar, bail reform emboldens criminals. Houston crime is the latest city to confirm bail reform is really bail regress.