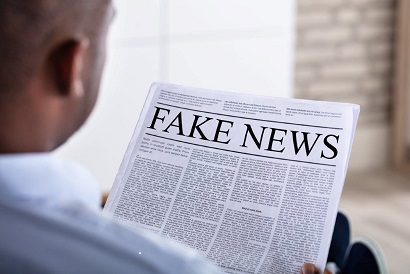 Recently, LA Times columnist, Michael Hiltzik, wrote a column titled; ” Facing eradication, the bail industry gears up to mislead the public about its value” The purpose of the column was to promote bail reform while minimizing the value of bail.

The Facts Do Not Matter

While I am not criticizing Mr. Hiltzik for stating his opinion, I am criticizing him for using hyperbole and erroneous information. If Mr. Hiltzik used just a bit of logic, math and common sense, he would understand his claims of defendants languishing in jail are false. An LA Jail Study found the true bondable population in LA County is about 26%. Based on the volume of crime and arrests, the eligible defendants are released quickly or the jail population would be increasing exponentially. Just a little math and logic proves Mr. Hiltzik is wrong.

Here are some examples of where you are either wrong, misinformed, or being disingenuous:

“To hear bail agents talk, they’re virtually the only people who can protect innocent communities from violent chaos perpetrated by defendants let out of jail before trial.” Michael Hiltzik

I have never heard a bail agent or any insurance company claim this.  I have read non-partisan studies by qualified PHD’s that prove surety bail has the highest court appearance rates. That is all bail does. It creates a greater assurance that a defendant will appear for court. The only purpose of bail is appearance. There are no claims bail prevents crime. The only way to ensure a defendant does not commit more crime is incarceration. Bail reform will not reduce crime.

I can somewhat understand the socioeconomic disparity if bail is excessive, which would be unconstitutional. However, I do not agree with racial bias. How can a piece of paper with numbers on it be racially biased? I will concede financial numbers have an impact on wallets, but not on any race. If using a schedule, there is no bias toward race. It is a lie that one race pays more than another.  Since a bail schedule assigns a bail amount (some are ROR) based on a charge, it does not know the defendants race.

“…they can’t make bail that judges may deliberately set beyond their means. ” Michael Hiltzik

Is Mr. Hiltzik claiming judges deliberately set high bonds on one race versus another?  Is he saying judges are racially biased? I believe all judges will have an issue with these statement. While I am sure there are some bad judges out there, I refuse to believe most judges are deliberately biased and intentionally hold one race over another. In many cases judges do order high bail that a defendant cannot post. As a father, spouse, son, sibling and a citizen I am glad judges do this at times. There are some in jail who need to be there while awaiting their trial. I hope you agree that not every defendant in jail should be released. There are many terribly bad people who committed heinous crime sitting in jail.

“One wouldn’t be surprised if the industry’s referendum campaign features personal stories of moms and pops whose families have operated bail agencies for generations but now face extinction.” Michael Hiltzik

That is definitely true. Check with some former bail agencies in New Jersey who are now out of business. Most bail agencies are mom & pop small businesses who live in the communities they serve and take pride in the assistance they provide to the judicial system. Whether you agree or disagree with surety bail, that is a fact.

“…business actually is dominated by big insurance companies such as the $40-billion Japanese firm Tokio Marine, which provide the money for bonds and collect much of the profit.” Michael Hiltzik

First, you are wrong. Most of the revenue collected and profit in surety bail is kept by the agencies, not the insurance company. Again, a very disingenuous statement; Tokio Marine insures many other lines that contribute much more to the $40 billion you state. I bet their bail line is 10% or less of their other lines.

“…the referendum campaign, have totaled more than $3.5 million since 2018 — and the campaign is only just beginning.” Michael Hiltzik

Really? 3.5 million. That is a drop in the bucket compared to what the ACLU and many other organizations spend for bail reform. It is also far, far less than many other industries spend on the terrible need for lobbying. Where is your reporting on those who want the taxpayer to foot the bill for bail? They have spent tens of millions in California already and will undoubtedly spend tens of millions over the next year. The fact is the bail industry would not lobby if it were not for the lies and half-truths by those who want the public to believe defendants are the victims and law enforcement and true victims are the criminals.

“Nearly two-thirds of the California prison population were awaiting trial or sentencing in 2014. The vertical line designates a realignment between state and county jail administrations.” Michael Hiltzik

Again, a disingenuous number. While likely true that about 60% of defendants are in pretrial status, that is because of the number of daily entries.  Over 1 million arrests in California each year. Over 100,000 violent arrests. Almost 200,000 reported violent crimes. Almost 1 million reported property crimes. In the nation in 2017, 45.6 percent of violent crimes and 17.6 percent of property crimes were cleared by arrest or exceptional means. Lots of crime with few victims receiving justice!

Don’t believe me, believe the numbers. The LASD average daily inmate population in March 2017 was 16,894. Of this, 6,988 were categorized as pretrial service custodies — or, roughly 41 percent of the jail population. Yet this number does not accurately reflect those eligible for bail. 2,555 inmates were on no-bail holds. This lowers the population of interest to 4,433 — or approximately 26 percent of all inmates.

When we dig into the numbers a little deeper and examine who is actually in custody, a clearer explanation of why those 26 percent remain in custody emerges. Ninety-one percent of this subset are in custody on a felony. Sixty-two percent are in custody for violence against a person, weapons related charges, or sex offenses.

Who is not in custody? Drug offenders. They make up a meager .7 percent of the pretrial in-custody population. Minor property crime offenders make up 1.7 percent.

Most significantly, misdemeanor offenders represent less than 1 percent of this population.

Those are facts from your LA County Jail! Not an opinion.

“Concerns about a possible spike in crime and failures to appear did not materialize after New Jersey reformed its pretrial release system in 2017, the state courts reported this year. ” Michael Hiltzik

A spike in cost did materialize to the tune of $100 million per year after bail reform. The fund that New Jersey used is out of money. Though an accomplished non-partisan economics professor testified it would cost close to $200 million per year, those in favor said the reduced jail population would pay for it. The last two New Jersey reports have the word “fund” or “funding” stated about 50 times. The jail reductions did not pay the cost due to fixed costs. It was lie then. It is a lie now.

Again, Mr. Hiltzik gets data wrong. The 2018 New Jersey study showed Failure to appear under bail reform increased 45% and new crime while out on bond increased 11%. Clearly financial bail in New Jersey was more effective. There was no change to the percentage of defendants released pretrial; 94% of defendants were released pretrial in 2014 and 2018. Same percentage released before reform as after without the $200 million price tag. Houston Texas releases all misdemeanor defendants with no accountability within 24 hours of arrest. They now have a 50% failure to appear rate.

Journalists must be called out for printing false information

Mr. Hiltzik, there is so much more false information regarding the need for bail reform, however, I will not bore you. Actual facts have been provided, not opinions. There is so much more. I am not saying surety bail should be the only form of release. Using personal recognizance should be an option for a defendant, if there is a high likelihood the defendant will attend all court dates. It is better to have more options than less for release. It is better to leave it to judicial discretion than a legislator who does not experience the courts everyday.

Maybe your next headline should read: “Facing eradication due to massively declining subscriptions, newspaper journalists use fake news to inflate their reputation for providing a service to the public”