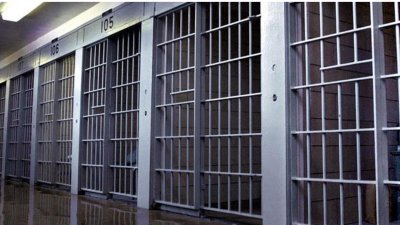 Sound the alarm! Move to DEFCON 4! The New Jersey pretrial jail population has increased 11% over the past four months!

The graph provided by New Jersey courts does not include data prior to 2016. Why? The entire New Jersey bail reform movement was justified by a report by Drugpolicy.org in 2013. In 2013, drugpolicy.org reported the pretrial population was 10,950 and too high. However, between 2013 and 2015, the pretrial jail population declined by 23%. Was the decline the result of bail reform? No. Bail reform did not begin until 2017.

Between 2013 and September 2016 the average pretrial population declined from 10,950 to 8110; a 35% decline. Nationwide, the peak of arrests and crime occurred in 2008. Crime and arrests have declined each year, nationally, since 2008. New Jersey is not unique.

It is debatable how much of the 2016 jail population decline was attributed to bail reform. 2016 had declined by about 10% through the first nine months. Bail reform procedures and rules were not solidified until the fourth quarter of 2016. Therefore, the decline of the prior nine months had nothing to do with reform.

The New Jersey pretrial jail population is definitely increasing. Could the increases be the result of the increasing failure to appear rate? Could it be the result of an increase of new crimes being committed by released defendants? Or, is it judges tiring of the revolving door over the past two years?

One thing is certain. Chief Justice Stuart Rabner will not tolerate it. Bail reform is his baby, his legacy. He has probably been meeting with judges and excoriating them for not letting more defendants out. It would not be surprising to see the jail population suddenly drop in October or November 2019. Surely, the bail reformists will not tolerate pretrial increases.

All New Jersey judges use the same rules and procedures. However, there is no consistency. Greater consistency was one of the goals of bail reform. A more unified release process. If so, why is one county detaining 46% of its defendants pretrial while another only detains 9%? Why does one county release 23% of their defendants on their own recognizance while another only 2%? The wild swings for so-called “pretrial monitoring” are just as astonishing. One county requires 50% of the defendants released to be monitored at the second highest level. Another only requires 12%.

All counties use the Public Safety Assessment. It requires the taxpayer funded, government worker, to ask each defendant nine questions. Based on those nine answers, a defendant is given a score. The score results in being labeled one of five risk levels. Since all judges use the same risk assessment and the same rules and procedures, why are there such disparites? Why do all sixteen of New Jersey’s counties have wildly different outcomes?

Some of Chief Justice Rabner’s army are not in line. They need more bail reform brainwashing.

Citizens and Community Leaders are fighting back

Thankfully, several community leaders, legislators, members of law enforcement, and citizens have been extremely outspoken since the law was implemented in 2017. New directives were issued by Attorney General Porrino because reform was not working. One directive was over eighty pages! Porrino stated, “The PSA does not, however, account for risk factors that are widely recognized as predictors of domestic violence.” The PSA is not a good predictor. Still, New Jersey still uses the same risk assessment for all defendants.

New Jersey spent over $200 million between 2017 and 2018 hiring hundreds of pretrial government workers and dozens of additional judges and staff. The result? A reduction of about 2800 fewer pretrial defendants in jail each month. If the trend between 2013 and 2016 continued in 2017 and 2018, the reduction would have resulted in about 1600 fewer monthly pretrial defendants without any reform. Despite the trend, New Jersey has spent over $200 million to release about 1200 more defendants each month. There are far less costly alternatives.

New Jersey claims to have eliminated monetary bail. Yet, New Jersey pays government workers for them to assess defendants and recommend release. Most defendants have reporting requirements. They must check in with other government workers to monitor their whereabouts and make sure they are attending all court dates. New Jersey is paying a government employee for the release of a defendant. Therefore, it is monetary bail! The difference? Now, it is taxpayer money. Prior to 2017, it was typically the defendant or family member/associate paying the court or a bondsman. New Jersey citizens were duped into bait and switch.

The pretrial population is increasing each month. New Jersey citizens need to ask Justice Rabner, “Why should taxpayers spend $100 million every year for worse results?”