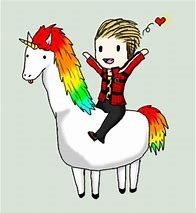 Why does Kentucky still have a Criminal Justice Problem?

I came across an article titled ‘Disparate Justice’ Study Calls for Cash Bail Reform. It is an article regarding Kentucky’s pretrial release system. The article is calling for more criminal justice reform in Kentucky.

Kentucky has gone through a series of “sweeping reforms” over the past ten years. Kentucky has set up several justice advisory groups. By the way, Kentucky does not allow bail agencies. Instead, they use taxpayer funded government employees to make recommendations of release and then monitor those defendants released to their services. Kentucky has been espoused as the “poster child” for bail and criminal justice reform.

Beginning in 2009, an advisory group was established to make recommendations regarding Kentucky’s “out of control corrections budget” as one official put it. HB 463, signed into law in March 2011, was designed to decrease the state’s prison population, reduce incarceration costs, reduce crime and increase public safety. At the time of signing, it was estimated the sweeping reforms would result in savings of $422 million over 10 years. It would also eliminate the “revolving door” for low risk, non-violent offenders.

In April 2014, SB 200 was signed into law to greatly reduce the need for out of home juvenile facilities by using those facilities only for the most serious juvenile offenders. It was expected to save $24 million over five years.

In 2016, another criminal justice reform panel was created. Governor Bevins stated “we know incarcerations are on the rise.” He also stated recidivism is on the rise. Kentucky uses “evidence-based, risk assessments” for probationers to determine the best plan for those sentenced to successfully remain arrest-free. How can recidivism be on the rise?

In 2018, Kentucky Law Journal stated Kentucky’s prison population is set to increase by 19 percent over the next ten years.

In December 2018, a Kentucky official stated “The number of people in Kentucky’s prison system surpassed 25,000 for the first time ever this year.”

Kentucky does not have a bail problem. Kentucky has a crime problem.

I went to the Louisville Metropolitan Department of Corrections website and viewed those arrested between June 9, 2019 and June 15, 2019. I selected Louisville because it is Kentucky’s largest city. The link to the site is below. What the site showed was 118 booked into jail with over 600 total charges. Most had prior arrests and convictions. Most were already on probation or parole. There were 117 total prior arrest violation charges such as; failure to appear, new crime committed while on parole and probation, and outstanding bench warrants. Of those, 40% were charged with failing to appear for a prior arrest. Maybe half a dozen had “minor, non-violent” charges. Most defendants would not likely be released without seeing a judge due to failure to appears and various violations of prior releases. Likely three-quarters, or more, of those booked had prior arrests and convictions. Clearly bail reform would not free most of those arrested in Louisville the week of June 9th. Bail reform will not significantly reduce the pretrial rate of incarceration. It will be another “reform” with no savings to taxpayers and no reduction of the incarceration rate.

Is the author of the article suggesting the 118 individuals arrested the week of June 9th, be released without any accountability? Glad I do not live in Kentucky.

Yes, in a perfect world, government employees would work with these individuals to clean up their act, provide training/education, find them a job, and help them to become a productive member of society.  Of course, it would be nice if we could all ride unicorns and sing kumbaya all day.

Should Kentucky just give up? Of course not. However, those who continue to preach reform, claim there will be millions in savings, believe “evidence-based” secret, proprietary algorithms will make better decisions than experienced judges, need to study who will be affected by the changes. Then determine how, and if, the changes will result in improvements. The last ten years is certainly not improvement.

Kentucky has already passed many laws and spent millions of taxpayer dollars on the 3% who commit crime in any given year. The legislation passed has resulted in increased crime, increased arrests, increased incarceration and increased cost. How can these statistics be correct when so many intelligent people with lots of letters like PHD at the end of their names came up with the solutions? How could they have been so wrong when they spent months meeting in their advisory groups over the past 10 years?