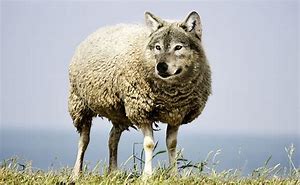 In 2016, Alaskans hoping to save money through a “fairer” bail system passed SB 91. Since its enactment, several aspects have already been repealed because the bail reform sold to legislators was a wolf in sheep’s clothing.

Dan Carothers retired Correctional Superintendent recently wrote an opinion article in JuneauEmpire.com that was more than opinion. It included facts such as: “The number of year-over-year crimes in Juneau has increased by 23 percent. Juneau’s property crime rate is 97 percent higher than the national average.”

Mr. Carothers added: “The primary focus of SB 91 was to reduce the state government costs by releasing arrested offenders back into the community, thus reducing overall correctional costs. Mathematical algorithm computerized programs have been used to greatly decide which offenders to release versus using the collective professional judgment of our elected judges, district attorney’s, probation offices and Correctional Classification Committee.”

Gov. Bill Walker originally signed SB 91.  He agreed when asked by a reporter if he thought the mandatory release component of the law went too far.

Senator Shelley Hughes, an original supporter of SB 91, reversed her position, she made a point to say that she was given “false information about SB 91.”

In a letter he sent to California legislators contemplating similar legislation he wrote: “…our crime rate has increased at least 13% since January”; “The law went into effect this past January and it has been an absolute disaster”; “The public safety needs of citizens in New Jersey has suffered far greater than could have been imagined”; “The cost to the state has increased exponentially and, even worse, the constitutional rights of many accused are being infringed”

Yes, Bail Reform is a Wolf in Sheep’s Clothing