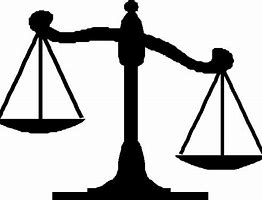 Does the Criminal Justice System Suffer from Racism?

Recently, the National Judicial College surveyed judges. The question was, “Do you believe that systemic racism exists in the criminal justice system?” The survey was emailed the first week of July. 65 percent of the 634 judges who responded answered yes to the question.

Hmm…I needed a moment to think about that question and answer. How can the people responsible for the judicial system who take an oath to be unbiased, follow the constitution, follow the law, etc. believe they, themselves, are the cause of systemic racism.

Would those same 634 judges answer “Yes” if asked, “Are you a racist?” Or, “Do you allow race to influence your decisions?” I bet very few judges, if any, would agree. If so, why would so many judges agree the system they created, are responsible for, and can change, is racist? Do those judges who believe there is racism in the criminal justice system believe they are racist? Are they pointing to other judges as racist? Maybe the National Judicial College will ask those questions in the future. It would be very interesting to see the responses.

Tampa Study: Whites were most likely and Blacks were least likely to have their cases filed, after accounting for legal and extralegal characteristics. For every 1,000 cases brought to the SAO with Whites, 912 were filed. Corresponding numbers for Hispanics and Blacks are 910 and 905.

Jacksonville Study: Based on statistical analysis of data for 88,559 cases handled by our office in Clay, Duval, and Nassau Counties in 2017 and 2018, the researchers found that, overall, the influence of race or ethnicity was minimal. Race was not an influential factor for the prosecutorial filing decision or the decision to reduce charges.

Chicago Study: The analyses reveal few differences in outcomes across racial/ethnic groups in Cook County. When looking at case approval, dispositions, and charge reductions for all felony offenses combined, differences in the probability of specific outcomes by race/ethnicity are relatively small after accounting for other case factors such as offense severity or number of charges.

Milwaukee Study: When examining all felony and misdemeanor cases together, we find few differences across racial and ethnic groups. After accounting for things like offense severity, number of charges, or defendant criminal history, the likelihood of charging, disposition, or charge reduction for different racial and ethnic groups is very similar, with differences in the likelihood of specific outcomes ranging from just 0% to 3.5%.

The more I pondered the survey results, the more it angered me. Society holds judges in high regard. Judges are required to be non-political and unbiased. They are required to make decisions not on beliefs, but on facts and law. Are they making biased and racist decisions? It is doubtful. So why would judges believe the criminal justice system is?

The Safety & Justice Challenge only included four jurisdictions. Clearly, those studies did not find bias or racism in those jurisdictions. There is an old saying, “perception is reality” meaning if a person believes something, even if untrue, it becomes that person’s truth. Could the constant barrage of media claiming bias and racism in the criminal justice system create perceptions?

There is no doubt the media can slant any issue anyway they want. Tell the same lie enough times and it becomes the truth to some. Take the story of George Washington cutting down his father’s cherry tree. Most people have heard and believe the story. However, according to many sources, it is only a fable.

Do these four studies prove systemic racism in the United States criminal justice system does not exist? No. It proves it does not exist in those four jurisdictions during the time frame examined. It does, however, prove that every jurisdiction should be performing similar studies to truly know.

The survey does prove more studies are needed. Maybe they should begin in the districts of those 634 judges who answered “Yes”.