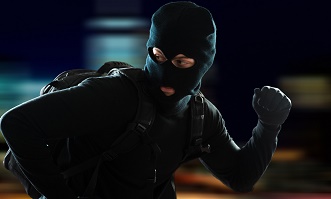 Don’t want to go to court, commit a crime in New Jersey

New Jersey defendants do not have to go to court. Recently, the New Jersey Supreme Court ruled that defendants released pretrial could not be prosecuted for contempt of court for release violations. Okay, so the only purpose of bail is appearance. The New Jersey Supreme Court ruled that bail reform eliminated the ability to prosecute a defendant for failing to appear. Why even have bail? Why have release conditions?

We know from statistics provided by the New Jersey judicial system, failure to appear and new crime committed while released have gone up since unaccountable bail reform was implemented in 2017.  Failure to appear rate is up 50% since 2017! With this latest ruling, why would any defendant go to court? Defendants will not be held accountable. The erosion of victim rights continues in New Jersey.

Why have release conditions?

So, according to Rabner, the Criminal Justice Reform Act eliminated any pretrial release accountability. Defendants released with conditions is meaningless and not enforceable. Might as well eliminate the hundreds of taxpayer funded government workers hired to “monitor” defendants. Those workers have no ability to enforce the conditions set by the judge. The judge has not ability to hold those released accountable.

Rabner should know. He basically wrote the legislation and lobbied legislators to pass it. It is baffling how a Chief Justice does not consider court appearance as essential to the judicial system. He just removed any accountability for defendants released pretrial. New Jersey hired hundreds of taxpayer-funded government workers at a cost of tens of millions each year to “monitor” released defendants. Rabner’s ruling removed their ability and the court’s ability to enforce conditions of release.

It should surprise no one that Justice Rabner does not care about accountability. He recently agreed, through a court ruling, that the governor can force taxpayers to accept another $10 billion of debt. The issue is the law prevents any New Jersey Governor from issuing additional debt without a taxpayer vote. No problem for Rabner. Just call it an “emergency” and the state constitution can be circumvented.

Due to irresponsible legislators, New Jersey has a budget shortfall of about $10 billion. New Jersey law does not allow a Governor to issue debt to balance the budget. Debt being considered requires taxpayers to vote on it. However, Chief Justice Rabner stated the governor could issue more debt due to the “emergency” that the pandemic has caused.

“Murphy, who took office in January 2018, campaigned on a return to fiscal health for New Jersey, whose credit rating is second-worst among U.S. states, behind Illinois. New Jersey bonded debt was $44.4 billion as of June 30, 2019, but the state since has added at least $2.2 billion in borrowing. Non-bonded debt, including what’s owed for public pensions, amounts to at least $200 billion, making the state among the country’s most indebted.” – Elise Young and Chris Dolmetsch, Bloomberg

New Jersey already has over $45 billion of state debt. Rabner’s ruling will increase the debt another $10 billion! New Jersey also has another $200 billion of unfunded pensions! Due to this madness, New Jersey is rated the second worst state fiscally, only behind Illinois.

How can New Jersey dig out? Bail reform has added about $1 billion of additional cost since it was implemented in 2017. They can begin by rolling back unaccountable bail reforms to save $1 Billion over the next three years.

New Jersey’s spend first and worry about paying later has caused their citizens financial hardship. New Jersey is already one of the highest taxed states. These latest rulings by Chief Justice Rabner will ensure New Jersey has no fiscal accountability or criminal justice accountability. It will ensure the continued mass exodus of taxpayers.