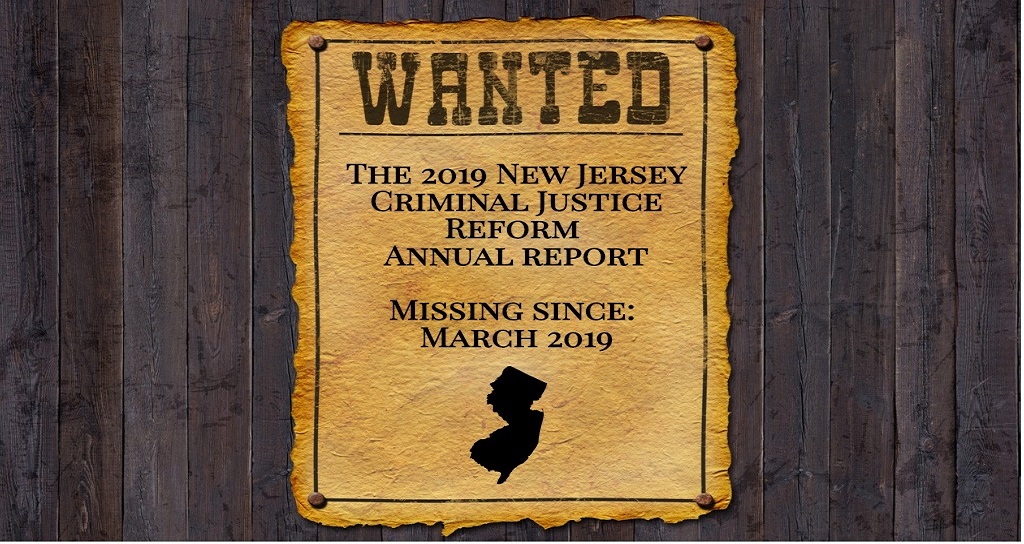 With all the time Chief Justice Rabner has due to limited court hearings you would think he would have time to post the required bail reform annual report. The report to the Governor and Legislature has been published every year during the first or second quarter. Where is it?

I’m sure we will hear “due to corona virus…” While corona has caused issues, the jails continue to operate. They should have all the statistics required to provide a report.

October statistics not posted. November not posted. December not posted. Then, miraculously an administrative error is noticed three months later. Again, miraculously, the jail population dropped significantly the fourth quarter of 2019. I predicted this in my October 2019 blog. I knew Chief Justice Rabner would never let his baby, bail reform, show signs of not working. My prediction came true. When the data was finally released months later, the statistics were revised.

The failure to appear rate increased by 50% according to 2018 data. New crime committed rate went up by 13%. Is it worse this year? Is that why a report has not been published? Are there more administrative errors that need to be corrected? Will New Jersey provide the actual data sets to be transparent?

The 2018 report also showed no “improvement” of the racial makeup of the jail. Rabner sold the Legislature on a “more fair” system for minorities. He stated the use of risk assessments would create an unbiased system. Well, three years later there was no change. Very embarrassing for the chief justice. Is racial data being manipulated so Rabner can show improvement? It would not surprise me. Other data was manipulated last year.

There may be a reason more judges in New Jersey are detaining more defendants. The pretrial detention rate has gone up. This means those defendants, based on an algorithm, have no ability to be released pretrial. In fact, one county is now detaining almost half of all defendants booked into the jail. New Jersey implemented bail reform because a flawed study found about 12% of the pretrial population could not pay a small bail amount. Now almost 50% have no option for release.

Yes, jail populations are down. However, it has nothing to do with the prior bail system. Police are handing out more citations than they did prior to bail reform. Citations could have been implemented without any legislation. Instead, taxpayers are stuck with the billion dollar price tag.