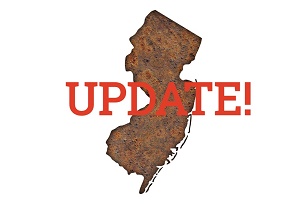 The 2019 New Jersey bail reform report has finally arrived after being on the most wanted list for the last 6 months. What is still missing? 2019 failure to appear and new crime committed while on release data. What did the 2019 report include? Old 2017 and 2018 data previously released in the 2018 report.

You would think that data would be readily available and easily provided in this report. Afterall, New Jersey uses scientific algorithms to determine release or detain within minutes of the defendant’s assessment. Why can’t New Jersey provide recent data? Data that is two years old does not show whether policies are working or not.

Where is the transparency? New Jersey will provide their data percentages, however, they do not provide the actual number of defendants who have failed to appear or who have committed more crime. Are the numbers being provided by New Jersey all defendants or just the defendants they choose? Where is the data by algorithm score? How many defendants were scored into each category (one through six)? What were the outcomes by category? The report states 53% of the defendants who scored a six, the highest risk, committed another crime while released pretrial.  How many high risk defendants are being released each year? How many more victims were created by their release?

53% commit a new crime! Why release any defendant with the highest risk score? The law was supposed to detain the highest risk defendants. On the other side, 47% of those released did not commit another crime. Clearly, the algorithm is not accurate. It is no better than a flip of a coin for any defendant scoring a 6. What are the percentages for all the other categories?

The report did note another 13 pretrial government workers were added in 2019. New Jersey now has a total of 310 pretrial workers. Prior to implementation, the estimate was 277 total pretrial workers. Though there are now less arrests and defendants than 2017, pretrial staff increased by 33 additional workers. As has been the case with the pretrial program in Washington DC, New Jersey is adding more staff for fewer defendants. Why? Government always expands. It never contracts.

As noted over 50 times in prior reports, the source of funding for New Jersey bail reform would run out in 2019. It did! Chief Justice Rabner and others who pushed for bail reform stated it would be completely self-funding and would even save taxpayers money. Well, three years later, the ole bait and switch has occurred. As of July 2019, all funding is from the general fund meaning taxpayers are footing the bill. Taxpayers who are already in debt for over $50 billion with no plan or ability to repay what is owed. That did not stop Rabner as he pushed for more taxpayer expense.

As is typical with the liars in government, there was no savings. There was no self-funding. They are liars as they were told, during testimony, by a prominent economics professor that bail reform would never self-fund or save money.  Less than 3% of the New Jersey population commits a crime each year. Why should the law-abiding taxpayers foot the bill for the few who refuse to obey the law?

Lots and lots of questions with no answers or transparency from New Jersey. Yet, Judge Rabner continues to tout how wonderful bail reform has been. Certainly not wonderful for the 97% who do not commit a crime each year and now must pay the bill.