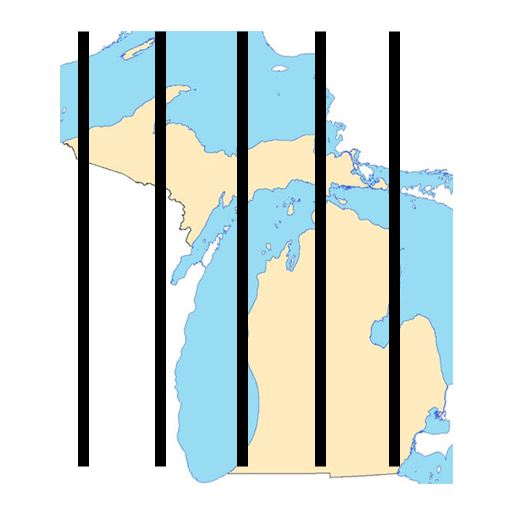 A Michigan Jail and Pretrial Incarceration task force assembled by Governor Gretchen Whitmer has presented their final report. What’s missing? Useful data to make decisions. Sure, there are lots of numbers and charts, however, none of it provides support for most of the recommendations.

Purpose of the Task Force

There is one purpose of bail. Ensure a defendant released pretrial will attend every required court hearing. The report noted: “Failure to appear in court was the most common reason for arrest in Michigan in 2018, with 29,295 arrests. Bench warrants are issued when people don’t show up for court or don’t pay court costs.”

According to FBI data, there were about 235,000 arrests in Michigan in 2018. The task did not provide the average daily jail population. However, according to a chart provided in the report, there were about 16,000 defendants in Michigan jails on a daily basis. Half of the population is sentenced There are 235,000 arrests each year in Michigan. Therefore, about 3% of arrests are in jail pretrial on a daily basis. 50 percent will be released within 24 hours and two-thirds released within one week. Michigan jails are functioning as designed; arrest, book, process, promptly release those who can be safely released. Those who fail to appear without a valid reason should be held more accountable. Not less.

Is there a Problem?

Based on a possible 17% problem, the task force has made 18 recommendations. The recommendations were recklessly made without determining why the 17 percent are being held for longer periods. Are these violent offenders who would go out and reoffend if released? Are these offenders who would abscond? Why would recommendations be made without knowing if there is even a problem? The next logical step would be to analyze the 17 percent to determine why they stay so long. Data may prove all or some defendants could have had shorter jail stays or maybe none. The report states 10 percent of the total population are held on violations. How much of this population makes up the 17 percent? There are far too many unanswered questions.

One recommendation makes sense. Standardize criminal justice data collection and reporting in Michigan: Local and state agencies would be directed to record and report data to promote greater transparency. Why is this a good recommendation? The data can be used to make logical, safe decisions. It may prove or disprove that Michigan has a jail problem.

Rather than throw all kinds of recommendations out that may not resolve the possible “lengthy stay” issue, the task force needs to examine data to determine if there are reasonable alternatives for release.

The current bail system works well for 83 percent of those arrested. Why recommend changes for that population? None of the task force members would handle their household finances this way. They would not knock down their house and rebuild a new one because the heat furnace had a problem. It is irrational to make recommendations without knowing the root of the problem.

Are Some Counties Better Than Others?

Here is another finding by the task force: Arrests have gone done 17 percent over the past 10 years. They state 21 of the 83 counties saw an increase their arrest rates. The other 62 counties saw a reduction.  Once again, did the task force ask the simple question? Why did 21 counties increase? Did they analyze data? Did those counties see an increase in their crime rate which would result in a corresponding increase in the arrest rate? Are there more violent crimes? How can decisions be made without knowing at least some of these answers? Are the 62 counties with lower arrest rates seeing an increase in crime? Still too many unanswered questions.

Unfortunately, the task force omitted some extremely salient facts that need to be considered. Yes, arrests are down. However, violent crime arrests are actually slightly higher than ten years ago. The report found; “Nearly three-quarters of the jail population on December 1, 2018 was in jail for a felony offense.”  Many of those are violent offenders who have been arrested multiple times. How can recommendations be made without knowing this information?

Jail is meant to process those arrested and release those who will likely appear for court while posing no danger to the community. Since three-quarters of the jail are felonies, the 17% who remain in jail for long stays are likely the violent offenders. It would be very easy for the task force to look at this population to determine if they are being held for legitimate reasons. No community wants violent offenders released to the street.

In 2017, New Jersey made a number of changes based on a stated 12% problem. Three years later, New Jersey has spent over $300 million. The failure to appear rate increased by 45 percent. New crime committed while released has increased 11 percent. There was no change to the percentage of defendants released pretrial. There was no change to the so-called “disproportionate rate” of races held pretrial. Hundreds of additional government workers were hired providing less accountability. Several New Jersey legislators who voted in favor of the changes, now resent their vote. They even signed a letter to other states not to believe the lies of reform advocates and not to make the same mistake New Jersey made.

Why would Michigan want to make the same mistakes?

Will Michigan become the next victim of bail reform? An increasing number of cities and states are regretting their bail reform decisions: Alaska, Delaware, New Mexico, New Jersey, Maryland, Iowa, Houston, Gulf Port, Atlanta, Mobile, and now New York who has seen an escalation in crime since reform began. Robberies are up 32.5 percent. Car theft is up 61 percent. Burglaries are up 18 percent.