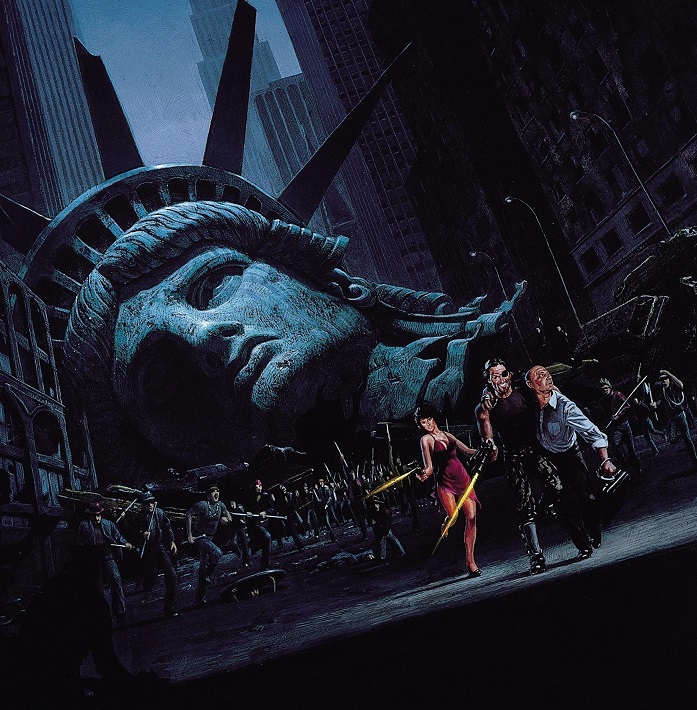 New York residents are fleeing New York by the tens of thousands each year. Higher taxes. Higher cost of living. Lower quality of life. Bail reform is another reason for New Yorkers to be unhappy.

Even Governor Cuomo is now admitting the legislation went too far. Violent and non-violent criminals are released without any accountability. Robberies are up 32.5 percent, car theft is up 61 percent and burglaries are up 18 percent compared to the same time period last year.

Already several poster children have made their way into bail reform fray. First, there is Gerod Woodberry.; arrested on January 9, 2020 in connection with four bank robberies. A day later, Woodberry was released without any accountability. He then robbed two more banks. Why release a bank robber? Because New York bail reform mandates it. The NY Post reported; Woodberry expressed shock: “I can’t believe they let me out“. “What were they thinking?” Woodberry is now facing Federal charges. He will not be able to rob more banks in New York.

Next, there is Tiffany Harris; accused of assaulting three Orthodox Jewish woman while screaming racial slurs at them. She was released from jail without any accountability. One day later, she committed the same offense. She attacked a woman punching her in the face in front of her two young children. Released without any accountability for the second time. Did she learn her lesson? No, Harris failed to comply with release conditions. The police picked her up. This time, Federal prosecutors are charging her with hate crimes. Harris has 13 prior arrests, most for assault.

However, the story does not end there. Harris is being evaluated for outpatient treatment. However, New York City does not report on rates of compliance for those sent to treatment. The new federal charge will prevent Harris from being released without accountability.

Steven Haynes sucker punched a New York City police officer before wrestling him to the ground. Haynes, charged with a violent felony offense has over 20 prior arrests. Another daily release without any accountability.

Tucker Carlson reported, six suspected drug dealers in New York were caught with $7 million of Fentanyl. Of course, the judge released them without any accountability. New York bail reform mandates it. New Yorkers wonder why there is an overdose epidemic. Instead, government blames pharmaceutical manufacturers without holding drug dealers accountable. Governor Cuomo and the New York legislators do not believe trafficking Fentanyl is a violent crime. Tell that to the tens of thousands of families who have lost loved ones to Fentanyl.

Many New York Politicians voted in favor of this reckless law, with backing from organizations like the Brooklyn Defender Services. Lawlessness and no accountability is the result. Alaska passed similar legislation in 2016. Three years later, Alaska found bail reform only leads to lawlessness and no accountability. Therefore, Alaska politicians came to their senses and repealed almost all parts of the law in 2019. Other states have seen the adverse effects of arrests without accountability after passing legislation. As a result, many legislators, law enforcement, judges, prosecutors, and victim groups in Delaware, New Mexico, Maryland, New Jersey, New Hampshire and other parts of the U.S. are now thinking bail reform. They are pushing back against the reformist anarchists who desire lawlessness. Many legislators lied to by reformists in favor of bail reform now resent reforms they passed over the over past four years.

Defendants have the right to bail for most crimes. However, bail without accountability only causes more crime and lower court appearance rates. Without accountable bail, the judicial system does not work for victims or defendants. New York is latest victim of bail reform or more appropriately named; Bail Regress.